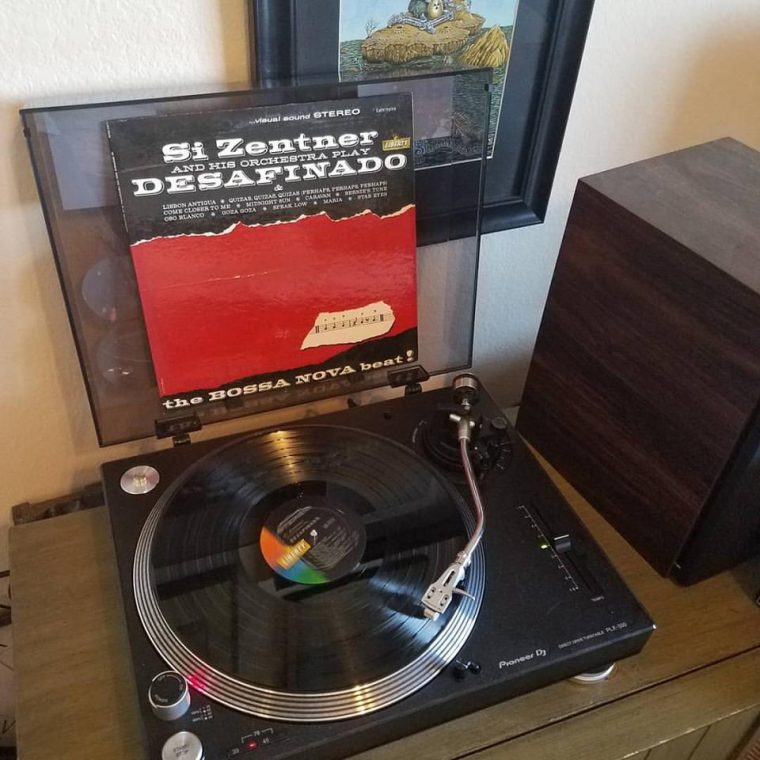 That’s the first thing that popped in my mind when the needle dropped.  The first few measures had me thinking this might be the soundtrack to Ocean’s 11-13.  Thankfully it is not a full album of swingin’ 60’s Vegas music.  Instead, it is a nicely balanced big band bossa nova album that focuses heavily on Zentner’s trombone.  This is a stereo mix from an era where sound engineers liked to experiment with the sound stage and over separate the channels.  The result is something that sounds fantastic on headphones, but the imaging through speakers is a little on the harsh side.  The biggest surprise on the album for me was the song “Quizas, Quizas, Quizas” which translates to “Perhaps, Perhaps, Perhaps.”  I’d first heard that song on Cake’s Fashion Nugget CD and I didn’t know it was a remake of a standard.

Overall, this was a pleasant album and makes for good evening background music.

Please note: I reserve the right to delete comments that are offensive or off-topic.

0 thoughts on “Si Zentner and His Orchestra Play Desafinado”