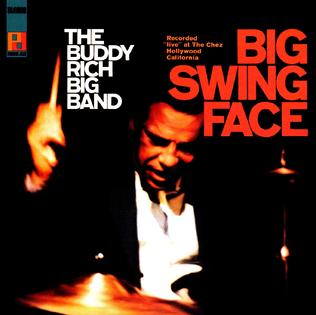 I’m not going to pretend that I have anything to say about Buddy Rich that hasn’t been said by people that are much more talented and musically astute than I am. He’s easily in everyone’s list of top 10 drummers. I’ll just make some off the cuff comments. This is a fun album with a few songs that would have been modern in 1967. Norwegian Wood by the Beatles and The Beat Goes On by Sunny and Cher. The latter is performed on this album by Buddy’s daughter, Cathy, when she was 12. It’s a really fun performance. Overall the sonics are great. The engineering is wonderful. This is a very well recorded live album. Cathy’s singing and the drum solo in the final song (Bugle Call Rag) are worth the price of admission. 5/5 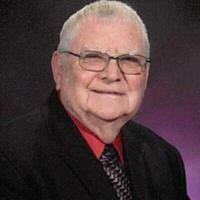 EDIT: Maybe it was the Redskins. I saw a picture of him recently with a Redskins sweatshirt so now I don’t know. Maybe he wasn’t a Chiefs fan. It was a football team that was red, and had to do with native Americans. I never was much into football.

I was asked to share some memories of my grandfather to be read at his memorial service. I’m posting them here so that they stay in my memory.

There are several memories that I could share but one thing they all have in common is Grandpa’s smile. I don’t think I can even imagine what his face would be like if he wasn’t smiling. One possible exception would be when either KU or his Cheifs lost a game. I can still hear him saying “come on, ref!” on Sunday afternoons when they were watching football in the living room.

When I was young I remember Grandpa singing at the church a lot.  He would do lots of barbershop quartet, gospel style songs and he was the one who would blow the pitch pipe to get them on key.  Except that as a kid, I didn’t realize it was a pitch pipe.  I thought he was just able to whistle really well.

I can also remember spending a week there each summer. That always meant bike rides around all of Haven, shooting baskets at the hoop in the alley next to the green garage, Walking over to the Hoskinson’s to see what cool thing Marty was up to, and of course, home made ice cream. The best I’ve ever had. I remember getting in the blue Ford truck – the one I’d later learn to drive stick shift in – and heading to Haven Steel to get a bunch of ice for the ice cream maker from this big cooler they had there. If I was lucky he’d let me suck on a piece of the rock salt.

I miss those days.

I’m grateful for the memories and for the legacy that he left to us.  I will miss you Grandpa. Thank you for your love and for giving us all of these wonderful memories. 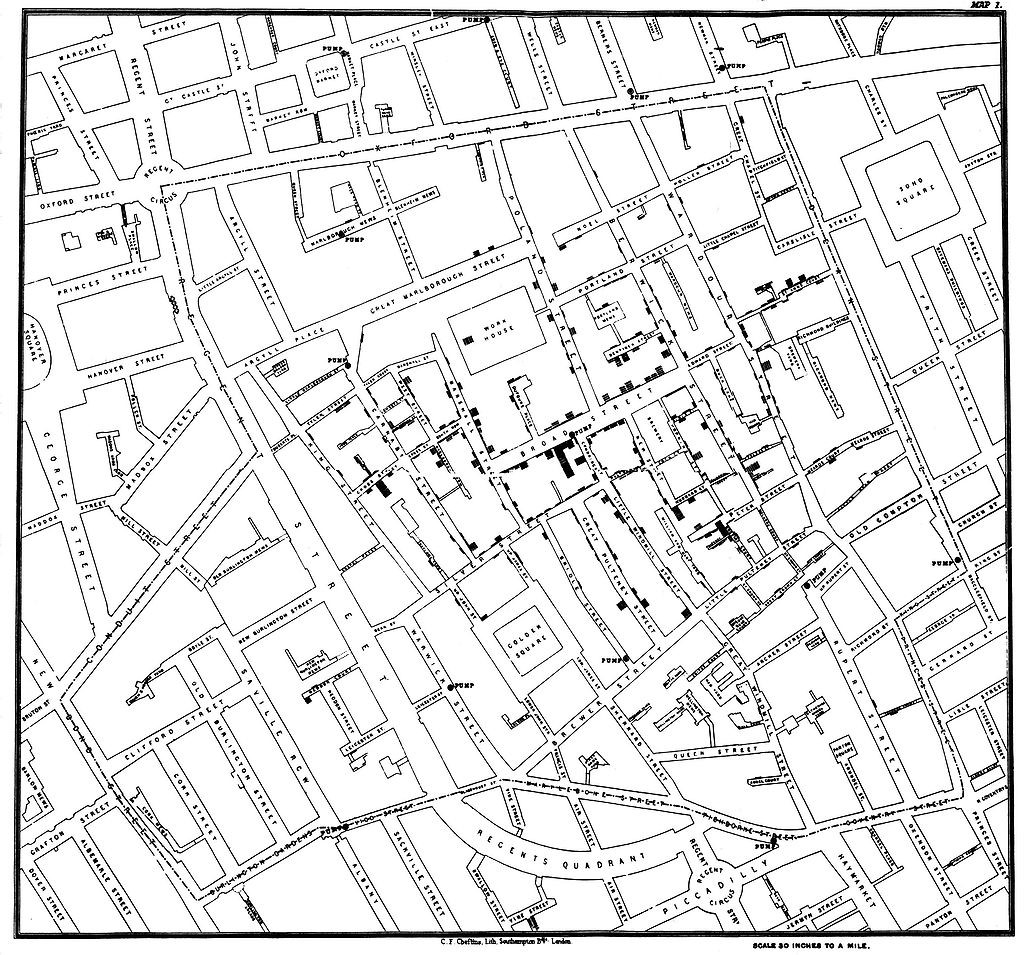 The year is 1854.  London is in the middle of yet another cholera outbreak.  There had been one in 1832, and another five years earlier in 1849 that killed 14,137 Londoners.  Mostly women and children.[1]  Cholera is a nasty thing.  People suffering from cholera experience watery diarrhea that can lead to severe dehydration.  This results in sunken in eyes, cold skin, and turning blue.  In addition, it may also cause vomiting and muscle cramps and as seen above, death.  The germ theory had not been established yet – Louis Pasteur would not propose it until seven years later in 1861 – and instead people held to the miasma theory, which held that somehow “bad air” was to blame.  It certainly was not the slaughter houses and grease boiling dens lining the streets, or the overrunning cesspools underneath the cellars.  Doing what governments do, the London authorities wisely dealt with the cesspool problem by pumping the sewage into the Thames.  Problem solved.  Miasma theory is, incidentally, the same theory that proposed one could become obese by smelling too much food.  Thankfully, none of this sounded quite right to an epidemiologist named John Snow.   Dr. Snow decided to do something quite radical for the time.  Rather than fearing sinister “bad air”, Dr. Snow wanted to approach the problem with data.  He decided that he needed to collect data, and then analyze that data. When Dr. Snow had gathered the information, he did something else that was revolutionary.  He put his data onto a map, creating a visual chart of his data.  Dr. Snow was an early data analyst.  Was Dr. Snow, the budding data scientist successful in his efforts?  We’ll come back to Dr. Snow and the dear old London at the end of this paper. END_OF_DOCUMENT_TOKEN_TO_BE_REPLACED