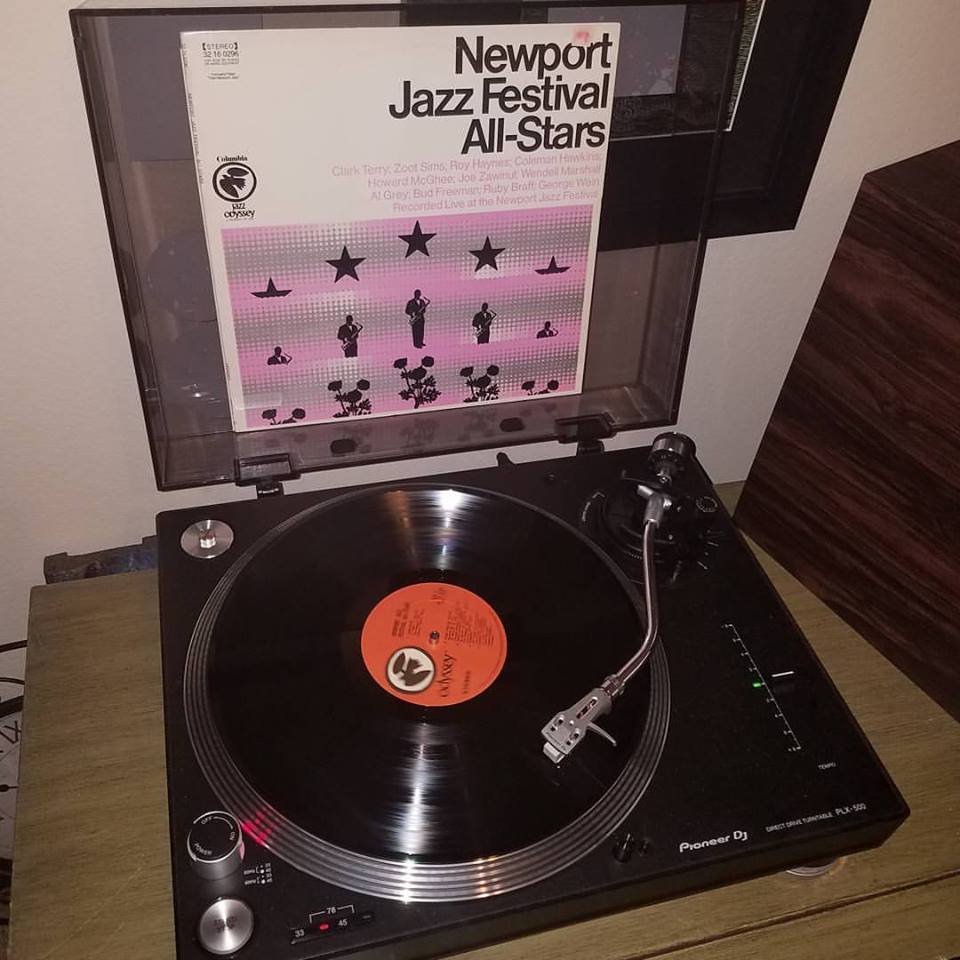 Confession:  I’m sure this is a fantastic album and that the musicians are doing fancy things with time signatures that I could only dream of, but their talent exceeds my ability to appreciate it.  This is mostly experimental jazz recorded live in 1962 at the Newport Jazz Festival.  The opening track is 10:45 long and titled “Undecided,” as in “I don’t know what we just played, so this title is kinda undecided.  The album jacket says that the beat is kept by “an adaptable, swinging drummer who possesses a fine ear.”  While I’m sure this is true, it sounded to me like he was playing his own song in another room.  There was one point of the song where one of the trumpets thought his impromptu solo was over and blew a note but good ol’ Roy just kept drumming and you can hear one of the guys laugh.  The whole album is like that.  The bass player seems to be playing twice as fast as everyone else and the brass just does its own thing, baby.  Like I said, I’m sure this is better than I’m giving it credit for.  It needs a more sophisticated listener.

I’ll summarize with another quote from the album jacket.  “The charge has sometime been leveled at jazz festivals – sometimes justifiably, too – that they’re nothing but a rehash of what every aware jazz fan has heard many times before.  Certainly much of this record refutes that charge, insofar as Newport is concerned.  Instead, it reveals quite clearly that some pretty fine, unrehearsed, spontaneous jazz does get blown there.”