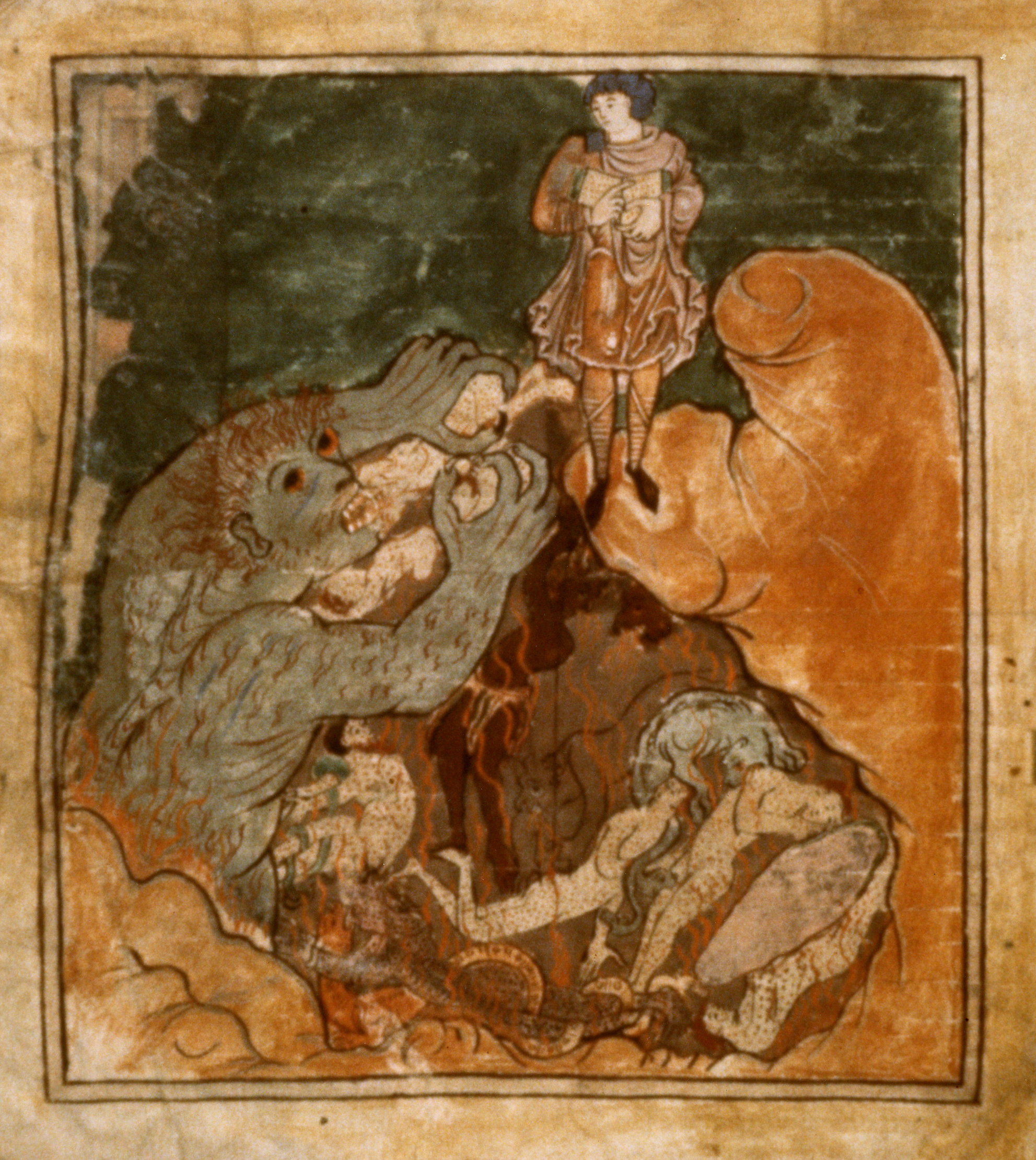 While Tolkien stated that he was not so diligent as to have read all the books written about Beowulf, he was nevertheless certainly among the most learned scholars on the poem.  This was particularly clear in his treatment of the critics of Beowulf in his 1939 lecture to the British Academy  One prominent idea Tolkien brought forward in his lecture was that the poet was writing at a time in history where Scandinavian paganism was being fused with medieval Christianity.  Instead of rejecting the Northern pagan stories, the stories were, in a sense, baptized by Christianity without becoming explicitly gospel-oriented.  In Beowulf, the monsters become the enemies of God.  Beowulf himself becomes essentially a pre-Christian warrior battling against the forces of evil.[1]   Tolkien is interested in this fusion, and particularly about how the Northern will, of courage in the face of defeat, harmonizes with the Christian idea of “good” not always triumphing over evil in the mortal world.  The idea of nobility in the face of temporal defeat frequently makes its way into the fiction of Tolkien and is an overarching theme in The Silmarillion.  Considering that Middle-earth is ostensibly a pre-Christian legend of our earth, it seems to fit that Tolkien would gift his heroes with a baptized, yet not explicitly Christian ethos which stresses the importance of virtuous, brave behavior in the face of certain defeat.

I want to first look in more depth at Tolkien’s comments about the successful melding of Scandinavian paganism with Christianity in Beowulf.  In his lecture, Tolkien quotes the work of W.P. Ker where Ker states that the Northern gods are “more like Titans than Olympians; only they are on the right side, though it is not the side that wins.  The winning side is Chaos and Unreason’ – mythologically, the monsters, – ‘but the gods, who are defeated, think that defeat is no refutation.’”[2]  This quote highlights the Northern pagan belief that in the temporal world the good side may not win, but that their loss in no way invalidates the honor and valor with which they fought. This is a mindset that sounds odd to a modern ear, and one that would seem completely foreign to Hollywood.  Unlike on the silver screen, in Northern mythology the “good guys” do not always ride off into the sunset.  In many cases, the right side does not win, at least as we normally conceive of winning.   Indeed, the story of Beowulf ends with a dead hero and a pyre.  As Tolkien states, the Beowulf poet is “rehandling in a new perspective an ancient theme: that man, each man and all men, and all their works shall die.  A theme no Christian need despise.”[3]

Far from despising the reality of death, the Church has long held the view famously attributed to Tertullian that the blood of the martyrs is the seed of the Church.  Suffering and even undergoing extreme loss and defeat in the temporal, mortal world is an integral part of the Christian faith.  In the eleventh chapter of Hebrews the author describes the lives of the followers of Yahweh this way.

Some were tortured, refusing to accept release, so that they might rise again to a better life. Others suffered mocking and flogging, and even chains and imprisonment. They were stoned, they were sawn in two, they were killed with the sword. They went about in skins of sheep and goats, destitute, afflicted, mistreated— of whom the world was not worthy—wandering about in deserts and mountains, and in dens and caves of the earth.[4]

In the earthly battle between good and evil, evil frequently appears to win, yet there is honor and worthiness in the loss.  In this way, the belief of Christianity harmonizes with the legend of the Northern gods.  Tolkien summarized this in his lecture where he put it thus.  “For the monsters do not depart, whether the gods go or come. A Christian was (and is) still like his forefathers a mortal hemmed in a hostile world.”[5]

This synthesized view of good not always being victorious in the mortal world is woven into the fabric of Tolkien’s sub-creation.  Perhaps nowhere is the theme more present than in The Silmarillion.  Many of the legends told in The Silmarillion deal with nobility in the face of defeat.  In his lecture on Beowulf, Tolkien utters a poignant sentence that calls to mind many of the tragic heroes of Middle-earth.  “As the poet looks back into the past, surveying the history of kings and warriors in the old traditions, he sees that all glory (or as we might say ‘culture’ or ‘civilization’) ends in night.”[6]  One heart-rending example of this is the story of Húrin Thalion.  Húrin’s tale[7] has all the makings of a mythological epic.  Húrin the Steadfast was, like Beowulf, the greatest warrior of men in his time.  Húrin took part in the Nirnaeth Arnoediad, or “the Battle of Unnumbered Tears”, a battle against Morgoth, the principle force of evil in Middle-earth, and through the treachery of men the battle is lost.  The loss is tragic, and is a temporal victory of evil over good.  However, Húrin maintains his valor even in defeat.  “Last of all, Húrin stood alone.  Then he cast aside his shield, and wielded an axe two-handed; and it is sung that the axe smoked in the black blood of the troll-guard of Gothmog until it withered, and each time that he slew, Húrin cried: ‘Aurë entuluva! Day shall come again!’”[8]  As Húrin is literally buried under a mountain of slain orcs, and Morgoth, the sower of discord and chaos stands victorious, Húrin maintains his nobility and looks for the future hope of day coming again.  Húrin witnessed that night falling.  Amid this temporal defeat, Húrin exemplifies the synthesized Northern and Christian belief that temporal defeat is not a refutation of the good. Understanding that the monsters would not depart, yet knowing his defeat was not the ultimate end of the story Húrin was able to shout with Beowulf-like confidence, “Aurë entuluva! Day shall come again!”

In his lecture, Tolkien states, “The tragedy of the great temporal defeat remains for a while poignant, but ceases to be finally important.”[9]  In both the stories of Christianity and Scandinavian paganism, temporal defeat is poignant but it is not of ultimate importance.  There are gospel-like shadows of future redemption in both.  The poet used these shadows to infuse the pagan oral legends of Scandinavia with a deeper significance.  This is the same sort of infusion that Tolkien puts into the pre-Christian theism in Middle-earth.  Middle-earth is a sub-creation full of tragedy and imbued with a sense of poignancy, however, like Beowulf, the tragedies experienced are not a final defeat and point to a greater sense of future redemption.

[5] Tolkien, The Monsters and the Critics and Other Essays. [22]

[9] Tolkien, The Monsters and the Critics and Other Essays. [22]